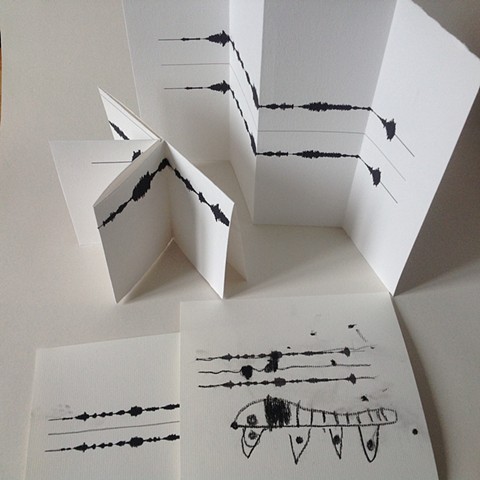 In the woods
Ink on paper
< previous next >

In the Woods proposes to explore code switching and language in literature and the visual arts. Its original inspiration is the simultaneous acquisition of French and English by my bilingual child - now five years old. Since he began to speak, I've recorded the ways he collages the two languages together, borrowing words from language X when speaking language Y. Recently, we were at a playground near the forest and he asked me, "Est-ce que there are loups in the woods?" I inserted his phrase into Google Translate where it was read aloud separately in French and English and then digitally blended together with audio software. This image represents drawings of the audio wave by me and my son.