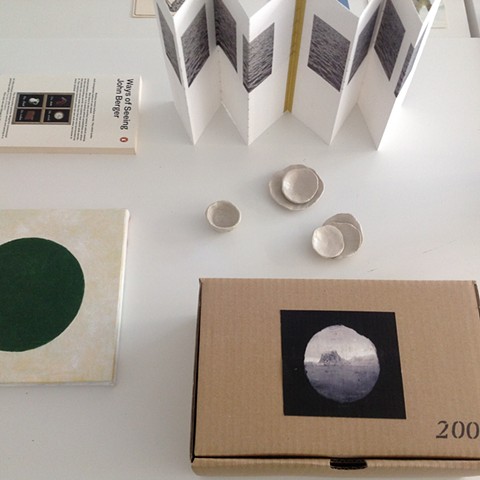 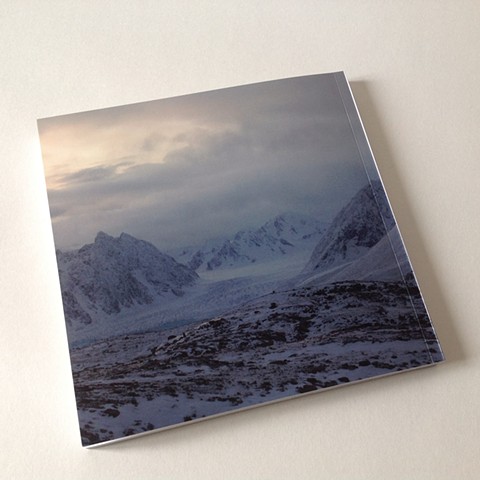 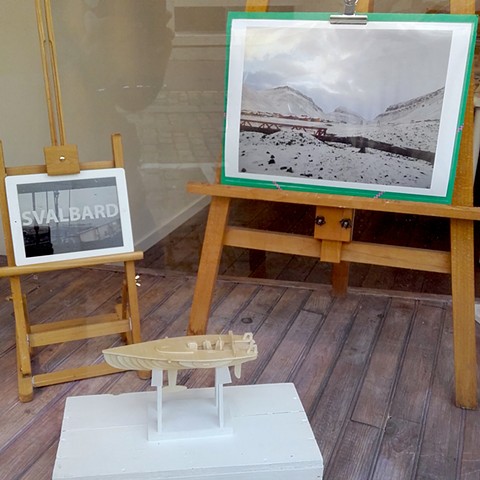 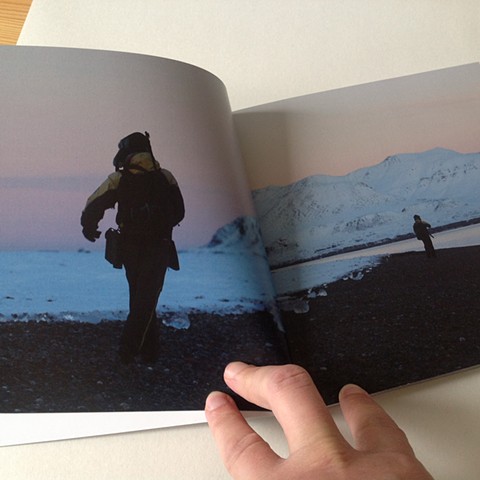 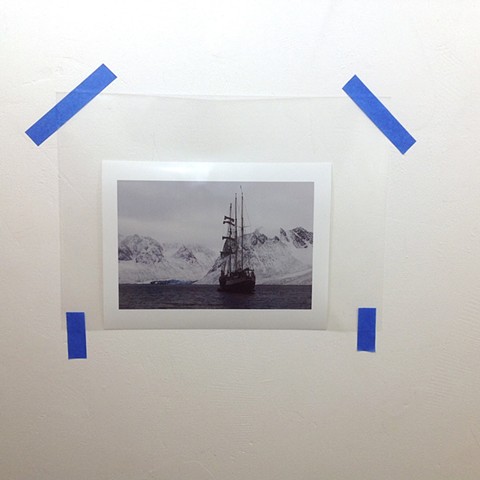 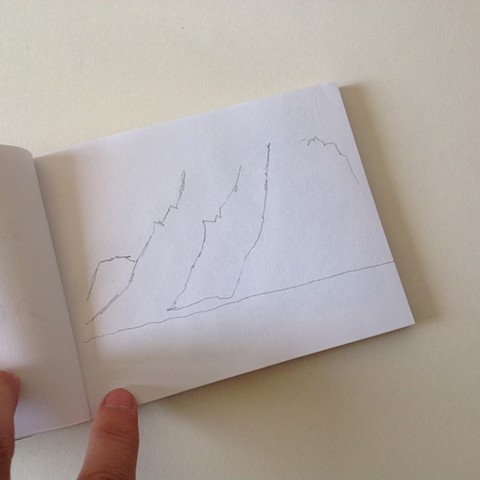 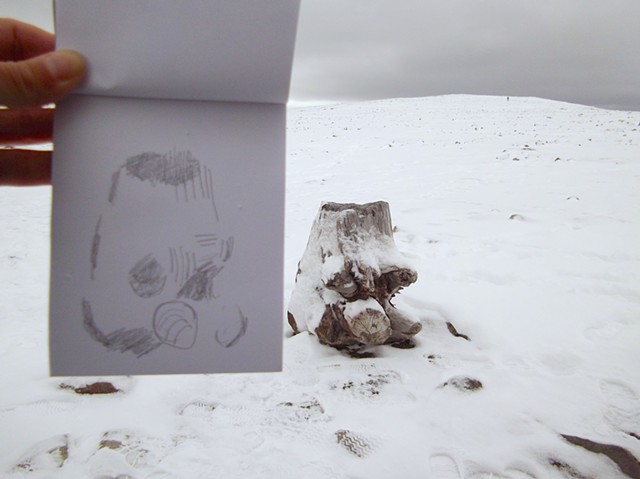 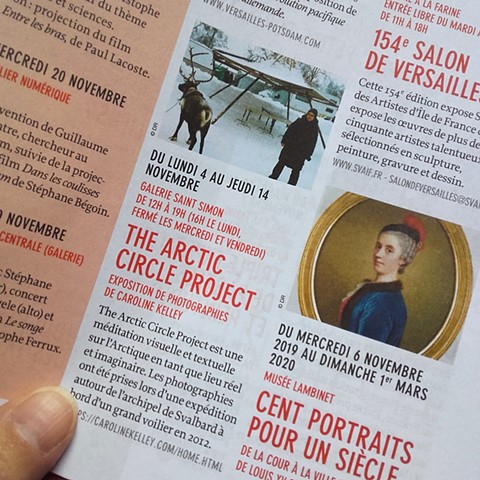 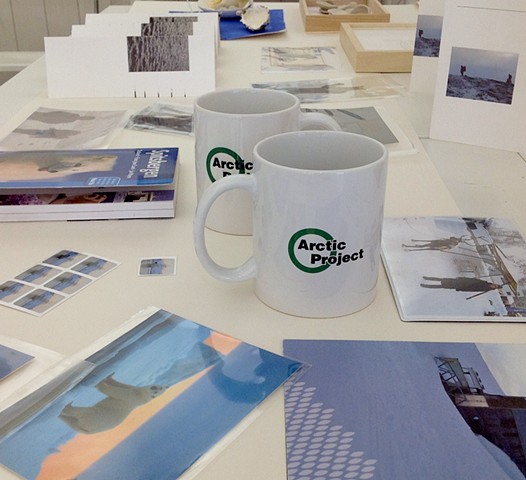 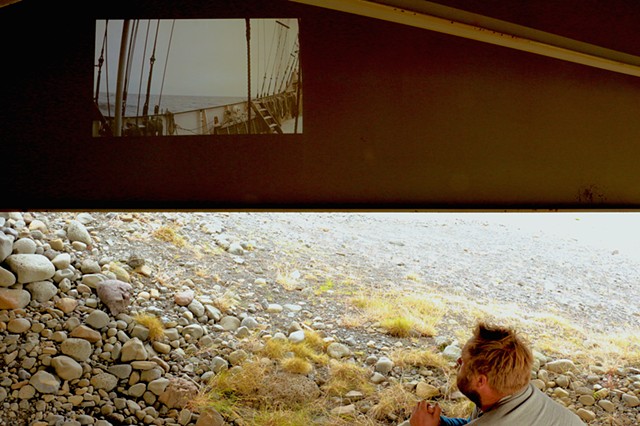 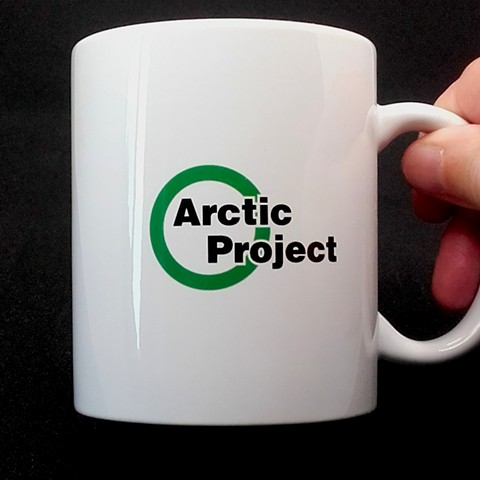 The Arctic Circle Project III (from 2012 – present) is a meditation on the Arctic as a real and imaginary place. Borrowing from concepts like ‘heterotopia’ and ‘countersite’, conceived by Michel Foucault, places like the Arctic are «a kind of effectively enacted utopia in which the real sites […] are simultaneously represented, contested, and invented». The Project also asks questions about the role of the photograph as an authentic record – a means of knowing things – and the ‘souvenir’ as object, encapsulating memories of sites visited.

The third material phase of the Arctic Circle Project stems from an artist residency aboard a tall ship around the Svalbard archipelago, which was documented with a series of photographs and short films, ‘en plein air’ drawings, and a journal. Selected images from the Svalbard expedition were made into an artist’s book.

Images are from an exhibition of the Arctic Circle Project at Galerie Saint-Simon, Versailles, France in November 2019, Skeiðarárhlaup - Micro performance festival - in July 2019, Skaftafell, Iceland.